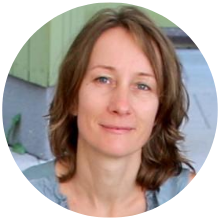 Dr. Neringa Klumbytė is Associate Professor of Anthropology and Russian and Post-Soviet Studies and Director of the Lithuania Program at the Havighurst Center for Russian and Post-Soviet Studies, Miami University. Her research and teaching interests center on the USSR, Russia andEastern Europe. Her articles explored various topics in Soviet or post-Soviet Lithuania, including the politics of memory and historical justice, ethnicconflict and nationalism, political participation in authoritarian and democratic regimes, populist electoral politics and nostalgia for socialism,censorship, and political marketing. She is a co-author of Social and Historical Justice in Multiethnic Lithuania (2018) and co-editor of Soviet Society in the Era of Late Socialism, 1964–85, 2012. Her current book project is Authoritarian Laughter: Aesthetics, Secrecy, and CommunistsIdeology in Soviet Lithuania.